Why is Barcelona one of the best destinations to invest in a luxury property? 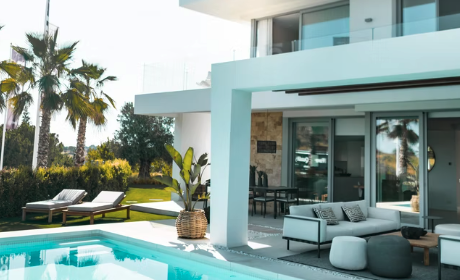 Barcelona is considered a city of real estate opportunities, especially for investing in luxury homes. In fact, it is ranked number 7 in the Top 10 of the best cities to buy a property of these characteristics. The reasons for this? There are several, and we are going to review them with a very prominent luxury real estate agency in Barcelona, Amat Luxury, which among its range of luxury properties for sale and rent, are the most outstanding in Barcelona.

Privileged location, quality of life, wide range of services of all kinds, technological development, cultural offer… These are some of the main factors that, according to the real estate agency Amat Luxury, make Barcelona an attraction to invest in luxury homes. The Catalan capital is a benchmark destination for the rental and purchase of high-end homes. One of the most expensive and well-known districts in this respect has always been Sarrià – Sant Gervasi, with an average price of 6,000 €/m² in the Turó Park area.

However, as a result of the confinement, luxury real estate companies realised that users began to value more than ever before the large, outdoor spaces in homes. As a result, uptown districts such as Sarrià – Sant Gervasi and Les Corts – Pedralbes are still the preferred areas for their houses and villas with panoramic views, and luxury flats ranging from 150 to more than 500 square metres.

Cities: the best place to invest

Thanks to their capacity for expansion and growth, cities such as Barcelona have become the focus for those looking to invest in the high-end. Traditionally, Spain’s most luxurious areas have always been very attractive destinations for foreign investors. But as a result of the pandemic, demand from domestic investors has increased considerably. In the case of luxury properties in Barcelona, for amounts of less than half a million euros, the interest is 100% national. However, international clients spend more than 2.5 million euros for the purchase of their main or secondary residence to rent.

In addition to the aforementioned areas, Barcelona has an important residential area. Towns such as Sant Cugat del Vallès and Sant Just Desvern. They are located less than 30 minutes from Plaza de Cataluña and Paseo de Gracia, the central area of Barcelona. These towns, where there are also luxury homes, are internationally renowned for the quality of life they offer. They are small, historic and charming towns that enjoy the privileged natural environment of the Collserola Natural Park. They are cosmopolitan, modern and open areas, with all the services, high quality housing and excellent communications with the city of Barcelona.